I am an Incorrigible Feminist. When will you become one? 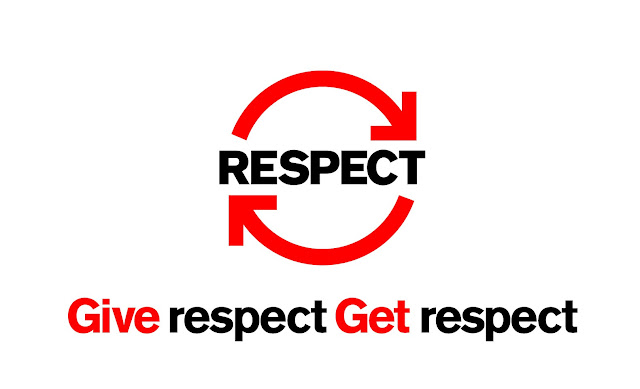 Why I am an Incorrigible Feminist
I have always been someone who did her own thing. And I never cared for what is supposed to be done. That’s pretty much the point of feminism – women should be able to lead their lives the way they want to and not be judged for it.
So if I lead a life that’s already fine, why do I advocate Feminism?
Because what I see and hear and read, makes me cringe. Anyone who knows me well knows that I am sensitive. My sensitivity makes me want to right every wrong that happens to me and around the world. It makes me want fairness everywhere and all the time. I support LGBTQ rights. I don’t believe in the caste system. I don’t judge a person for their beliefs and customs until they try and push it down other people’s throats.
Since I am a Feminist, my world will only make sense when everyone in it is a Feminist. Because that’s when we will treat everyone as equal.

If you think that I am wearing rose-tinted glasses…you are either a Tired Feminist or a Sexist. I truly believe that people either believe in equality or they don’t. Those who do and have given up because they don’t see things changing are the one’s I call Tired Feminists. As an Incorrigible Feminist, I hope to motivate the Tired Feminist. But pushing my beliefs on a Sexist is against my belief. It’s only when we have more conversations will things change for the better.

Here is an example of me raising my voice and how it resulted into an important conversation:

I recently viewed a video online on the Film Companion YouTube Channel where Anupama Chopra interviewed newbies Ishaan Khattar and Malavika Mohanan as a part of their promotions for the Majid Majidi movie – Beyond the clouds.

Now I felt that there was gender inequality at play when I viewed the video. So what did I do? I wrote a comment making a suggestion for a small step towards Gender Equality. You can view the video and read the comment here. I have also attached a screenshot of the comments I received. I was very polite. But I received comment after comment as to how impractical my request was. Then a male feminist (Nilanjan Dey) entered the conversation and wrote a rather large comment agreeing with me. Suddenly the tone of the conversation changed. As I write this, people are still replying to my comment.

I have learnt 2 important things from this experience of mine:

1) We need to have more of these conversations on public platforms.

2) Sexist men will prefer to have the feminism conversation with a male feminist.

It is important to understand a sexist’s journey
As a Feminist, I take a stand against what I see as injustice. Just as I have had my own journey that has led me to here, a sexist has his/ her own journey. (Yes, women can also be sexists.) Have you ever said ‘Be a man!’ or ‘Career girls don’t make good wives?’ Then you are a sexist. Read here to know some more sexist things we say all the time.
But maybe you are a sexist because you don’t know any better. You may have been brought up to behave a certain way and to believe certain things. Maybe you are so comfortable with gender norms that you have lost your ability to empathize with women’s issues. Maybe you just don’t know how it feels to be in a woman’s shoes.
When you watch this documentary by Quint- ‘Rape is Consensual: Inside Haryana’s Rape Culture’, you realize the extent of sexism prevalent in Haryana. I don’t know what it would take, I must confess, to change the minds of such a large section of people. But I hope and pray people come together and really try to make a positive change in this direction.
The importance of reaching the middle ground before the final goal
The path to gender equality is a long one and we have to reach the goal together. Women can’t reach the destination by themselves. In a world where men and women have to live together, the only way out is through compassion and conversation.
To all those who have been told that ‘There is a reason why things are the way they are and don’t question it’, I have a request. I came across a short web-series of 4 episodes of around 15 minutes each – ‘Man’s world’ that could change your mind. Here is the link to the first episode. It would be great if you invested around one hour to view the videos. If you still think like the protagonist ‘Pavan’ in the beginning of Episode 1 (i.e. that women are privileged, they crib too much and that marital rape is ok) let’s discuss. In case you agree with what ‘Kiran’ says at the end of the 4th Episode, then you are a #FeministHero and I definitely want to interact with you.
I agree with Kiran. I believe that it isn’t a Man Vs. Women War. It isn’t about rules. It’s about ‘Give Respect and Get Respect’. It is about ‘Live and Let live’. I believe that things will only improve when men and women talk more and understand each other’s perspectives. Hopefully we see each other’s point of view and take a step closer to gender equality.
My husband supports me in every decision I take. Because he likes seeing me happy. And I am happy when I talk about my idealistic philosophies. So…he listens to me when I speak to him about Feminism. But there is a rule… only 1 conversation per day on Feminism. He says it becomes too “heavy” beyond that. I abide by that rule. Because it’s important that we talk. He also calls my bluff when I ask him to do something that I very well can do for myself. And points out when my ranting requires some toning down.
I am an Incorrigible Feminist. I will speak my mind. But I will also listen to you. I will do my bit to make a small change in the world. Will you?
Reading time: 5 min