Only Yes is Yes 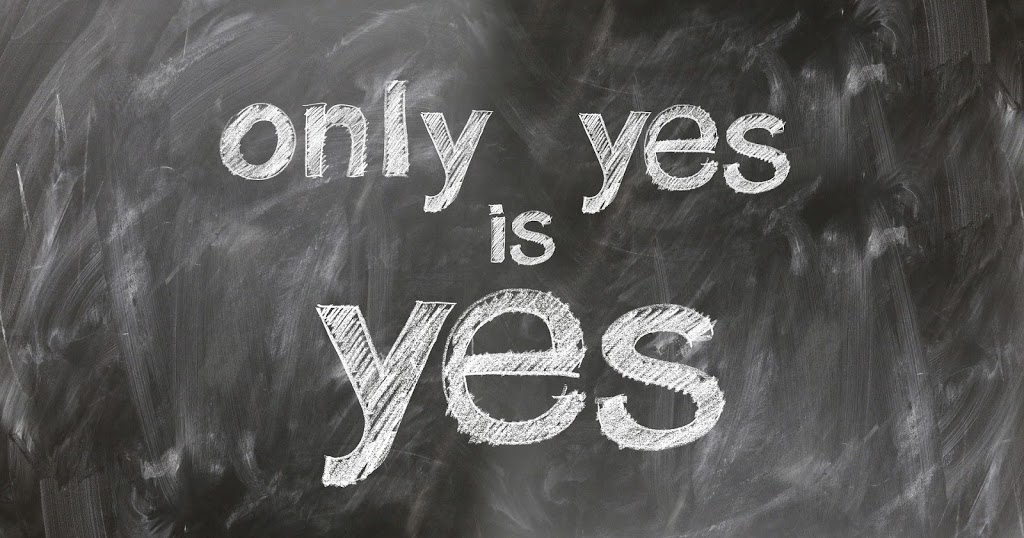 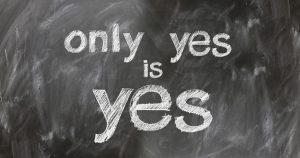 The Hindi Film ‘Pink’ made the following words resonate with every woman across the country: ‘No means no’. When Amitabh said, “’Na’ sirf ek shabd nahi, apne aap mein ek poora vakya hai (‘No’ is not just a word, but a full sentence in and of itself,)” India took cognizance. The film is credited to have broken down the idea of ‘consent’ to its simplest form for men to understand it better. The nation began discussing about ‘consent’ and importantly so. However, to my own surprise, something about ‘No means No’ bothered me. And then it struck me…why should a woman have to say ‘No’?!
The wrong notion of Consent
We all have been guilty of letting hope interfere with our logic. When you ask your mom’s consent to go for a night-out with your friends, and she does not consent, what do you do? You hope she will change her mind and then you badger her, until she gives in. Did she truly give her consent or relent to your pressure?
You must have heard the song ‘Na na karte pyaar tumhi se kar baithe..’. Sung by Mohd. Rafi, the song from the Hindi film ‘Jab Jab Phool Khile’ expresses the popular sentiment perfectly. In almost all the songs from the 70’s and 80’s, the heroine would be depicted as coy and very ‘proper’. She would have a change of heart only after many attempts made by her suitor. The moral – ‘Never give up’ because ‘sabr ka phal meetha hota hai’. This kind of harassment has been our idea of ‘romance’!
It’s the same thing as far as I am concerned when we talk about sexual consent. When a woman or a man turns down her or his suitor’s advances, she or he does not lose hope and continues the pursuit in the fervent hope that their object of desire will eventually succumb to their passionate requests. And often they do…completely unwillingly. This is why ‘No means No’ will not work in the Indian context.
What is Consent?
According to Sexual Assault Prevention and Awareness Center or SAPAC – Consent is when someone agrees, gives permission, or says “yes” to sexual activity with other persons. Consent is always freely given and all people in asexual situation must feel that they are able to say “yes” or “no” or stop the sexual activity at any point.
Please note the key-words above is ‘stop the sexual activity at any point’.

The affirmative model of Consent

The affirmation model of consent essentially relies on a positive agreement between the parties before sexual interaction can begin – in simple terms, a clear and unequivocal “yes”.

If a woman’s body language screams ‘NO’…

Some of you out there are thinking…this is too vague – how will we know for sure? Ask the other person!! At any time he/she looks uncomfortable – ask ‘Are you ok? Should we continue?’ If he/she says yes…then continue; else wait. I have had an intellectual conversation a man on this topic and was told that its not practically possible to stop, once the ball is set rolling. If this were really the case, then I’m sorry most of the sex people are having is rape and not sex! This is where the sense of entitlement kicks in and just because you think it is right, doesn’t mean it is. Because whether or not a woman feels sexually violated depends on her and not on the violator! Read this enlightening article on ‘7 Things That Can Be Rape, Even If You Were Taught To Think That They Can’t Be’  to know more.

Sometimes pop culture gets it right

Read this amazing article on how pop-culture got it right when it came to consent. Using scenes from 5 movies – Steven Universe, Thelma and Louise, Frozen, The Philadelphia Story, and Buffy the Vampire Slayer, the article depicts how consent must be taken in order to make a physical experience enriching for both partners.
The following extract from the article delivers a very powerful message – please read it carefully:

You may have noticed that in some of these examples, the encounter ends with no encounter. No sex, no kiss. Being careful about consent sometimes means not having sex you might otherwise have had. Think for a moment about what that implies. When you’re not careful about consent, you’re taking a real chance that some of the sex you’re having isn’t consensual.

Consent is also important in a marriage

Stand-up comedian Daniel Fernandes speaks about ‘Marital Rape’ in the following video. While he gets a few laughs, the message is very hard-hitting.
The most stark ‘jokes’ for me were towards the middle (4:34 to 5:01) –

“What is the difference between Marital Rape and Rape? There is no difference. It’s the same thing. If there is no consent…if you are forcing yourself on your wife, it is rape. Except here she probably does hope that death will do you apart. In fact I think Marital Rape is worse. Because not only are you sexually violated, you have to wake up the next morning and make your rapist breakfast. That is horrible.”

I would like to end this article with Daniel Fernandes’ words –
“Just because she said ‘I do’ doesn’t mean that you never have to ask again.”
Reading time: 5 min