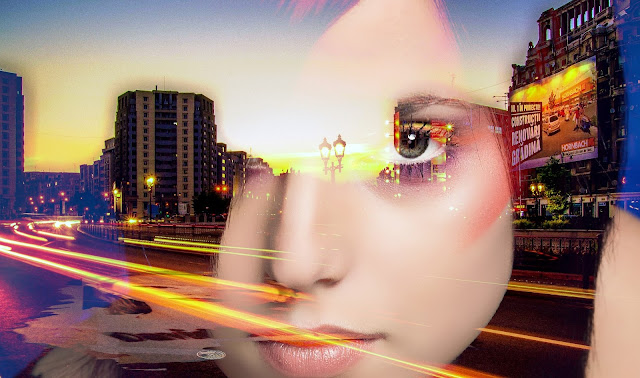 How many times have you heard this phrase – ‘Jaane do’? Translated as ‘Let it go’, it is uttered by many of us who hate confrontations.

-‘Jaane do. Study harder next time.’

-‘(Swear words followed by a Sigh) Jaane Do! You just be more careful and alert.  Never wait alone at the bus stop. Wait with your friends.’

-‘No. Are you mad? It’s not safe. Spend you Holidays learning something useful.

Did you picture a girl talking to her mother in the last 2 conversations?
Did the ‘Jaane Do’ in the answers seem unjustified in the last 2 cases?
In case you answered ‘Yes’ for both the questions, you know what I ‘m talking about.
We remove ourselves from the situation when things go wrong by saying ‘Jaane Do’. We convince ourselves that we are doing the right thing by saying No when she asks ‘Jaane Do’ (translated as ‘Let me go’).
Crimes against women are on the rise. According to the 2016 statistics published by the National Crime Records Bureau, ‘Assault on Women with Intent to Outrage her Modesty’ comprises of 25% of cases. 19% of the reported cases fell under the ‘Kidnapping & Abduction of Women’ category and 11.5% of the cases were categorized as ‘Rape’. We all know that a large percentage of cases go unreported because of victim shaming. I have already spoken about this in my earlier post – ‘He Who Must Not be Named or Shamed’.
Don’t you think that the crimes are rising because of our ‘Jaane Do’ attitude?
She will go out.
Kamla Bhasin, famous Feminist and activist, in this wonderful poem recital ‘Main bhi baahar jaaongi’ or #IWillGoOut, expresses so beautifully why a woman will go out of the house.
Women can and must leave their homes to achieve their dreams. They have a right to their independence. And no one has the right to take it from them.
I was mighty impressed by this short film by Anurag Kashyap – ‘That Day After Every Day’ where three seemingly normal lower middle-class women take matters into their own hands to ensure that their independence is not snatched away by some dhobi ke ladke in their locality. Even though subject to patriarchy, these women didn’t succumb to the ‘Jaane Do’ philosophy propagated by their family members and earned their right to safety. The story ends on a very inspirational note indicating that when we stand up for our rights, we earn respect.
A woman’s safety is not her responsibility alone.
I may sound impractical and ideological. But I believe this. I read an empowering article, where the author Anushree talks about how she stalked a stalker and foiled his plans. Even though she pushed this old man to prevent him from flashing and assaulting a young girl he was following on the streets, she still regretted not having intervened earlier! Anushree was also a woman. Yet she decided she must help a stranger…because it was the right thing to do.
How many of us look away or walk faster when we see a woman being teased? Again the non-confrontational attitude rears its ugly head. What we don’t realize is that every time we ignore injustice, we are also reducing the chances of getting any help when, god forbid we or our family members need it!
Ok here is a scenario. It is late in the night. A young and attractive girl is stranded in a lonely area because her car is broken down. A group of creepy looking guys in an SUV spot her and drive towards her. Are you thinking rape? Is it not possible to even imagine any other scenario? Watch this short film ‘Going Home’ by Vikas Bahl starring Alia Bhatt to know what happens.
In order to prevent our houses from being robbed, we ensure that there are CCTV cameras everywhere and reach out to our neighbours so that they help us in our times of need. But when it comes to women’s safety rather little has been achieved. We still have may poorly lit lanes and corners where creepy predators wait for their innocent preys. We still have very poor police vigilance in most areas. Read this article that talks about how the Nirbhaya Fund allocated for preventing sexual assaults on women is unspent!
There are some developments in the tech-space such as emergency features incorporated in phones or watches. But I am not sure about their effectiveness. I had tried testing Ola’s SOS feature once but it didn’t work. While doing research for this piece, I read about this Mobile App – ‘Safetipin’ which collects information about public spaces via a safety audit that can be carried out by anyone. The crowd sourced app records and displays information fed in by its users on nine parameters and gives a Safety Score to an area. Read more about the App and her motivations behind creating such a mobile application, in the words of the Founder Kalpana Viswanath, a prominent women’s rights activist.
Now a crowd sourced app will need citizen participation. I wonder if it is our Jaane Do attitude that comes in the way of us even knowing about, forget installing and using such an app!
I am an Incorrigible Feminist. I want the world to give the same rights to women as they do to men. I am not saying that men are not assaulted or raped. They are and that is just as wrong and must be prevented. But nobody tells a man to sit at home lest they get raped. But in case of a woman, unfortunately people think that is the best solution.
There are some fundamental things that are wrong with our society. These factors are causing men to rape women or assault them or eve-tease them. And no it’s not because of ‘chowmein’. There are reasons why not enough is being done for women’s safety. I don’t know the reasons. But I do know that we need to spend more time focussing on these rather than locking our women behind the doors. Today the perpetrators of crimes against women don’t feel fear while the women live with constant fear of their modesty being snatched from them. This must change.
Please don’t say ‘Jaane Do’ and definitely don’t stop her from ‘Jaane Do.’ Don’t let it be. Let her go. Let’s work together to make the world a safer place for women.

Follow Ashwini's Perceptions on WordPress.com
#BlogChatterA2Z Challenge #IWillGoOut A-Z of Feminism A2Z Challenge 2018 Freedom to Travel Jaane do Let her go out Women going out
« Previous post
Is Feminism killing Femininity?
Next post »
I am an Incorrigible Feminist. When will you become one?