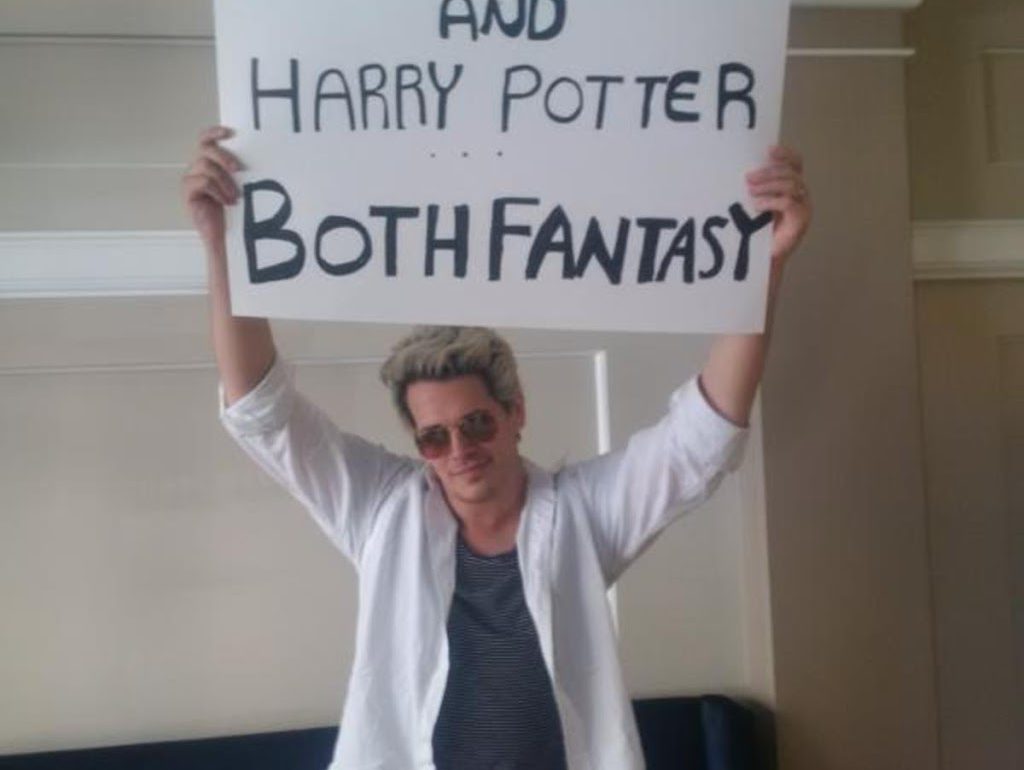 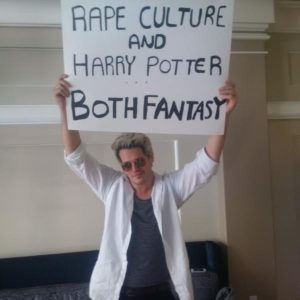 Source: thedailybanter.com
We feel bad. We shake our head. Yet another rape. Another gangrape. ‘Kya hoga is country ka?’ And we go back to sipping our tea. Little do we know that we are adding fuel to the fire. Yes, my friends, we are propagating the rape culture. 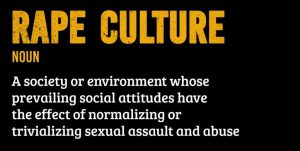 Source:The Quint
This mentality is deep-rooted and is the reason why we have been hearing of so many rape cases in the news of late. Rape culture does not imply promoting rape. It’s an undercurrent in our cultural practices that makes excuses for sexual violence.
Here is a video that speaks of the Rape Culture prevalent in Haryana. (I have mentioned this in a previous post but would like to highlight it here.)
Here are some excerpts from the video that will make you seethe in anger:
‘Rape is Consensual’

“Once a girl turns 14 or 15, you can’t call it rape after that. There is always consent.”
– An elderly man in Mankawas village, Charkhi Dadri district

“The girl has to have done something wrong, that’s why she’s been raped.”
– A Class 8 boy from Bhiwani

“Both the boy and the girl have done something wrong. Then why is it that only the boy is held responsible? The girl gets to stay at home, the boy is sent to jail. What sort of a law is this?”
– Mother of a rape accused in the Charkhi Dadri district

This is our world. And let me tell you…it was always this way.

Rape culture is not just prevalent in Haryana. It is everywhere. Women have historically been considered second-class citizens who were not thought to deserve the same rights as their male counterparts. Our patriarchal system is the reason why we think and behave this way.
In a fellow blogger, Kanika’s blog post I read that it was believed that a female orgasm is essential for conception. So if an alleged rape results in a pregnancy, then it can’t be a rape at all, because the woman experienced pleasure! The truth is that an orgasm is involuntary and can occur during rape. This does not take away from the heinousness of the crime.
And rape culture is the sad reality that in 127 countries rape within marriage is still not considered a crime, including in India!

The system of rape culture affects men too

“Toxic masculinity”. is a gender stereotype burdening the men in society, depicting them as sexually driven, violent beings. This is the reason why men do not complain when they are raped. They are ashamed of the trauma.

Want to hear how the issues of rapes can be solved?

A Khap Panchyat member Sube Singh had given a bizzare ‘solution’ to the ‘rapes’ and suggested that the marriageable age for girls should be reduced to 16 years. He later blamed movies and television for rapes.

A friend asked me if rapes will stop if we legalize prostitution. Or if it will stop if we fast track cases for speedy justice. Sure these measures will help. We must do everything we can to ensure that lesser women feel unsafe. We need legal reforms, policy reforms. more structures in place that allow women to feel safe enough to raise their voice against assaults. Marital Rape must be made a criminal offense in India.
But its more important that we change our behaviours and mental attitudes to prevent rapes
1) We should not just say ‘Aur ek rape ho gaya’ and move on with our lives
As a society, we cannot turn our heads against what is happening around us. We must raise our voices. We must encourage women to name and shame their abusers. We must not let our fandom or our ostrich mentality get in the way of justice.
2) We should not declare that rape is consensual
We need to support and be part of as many organizations as we can to change the mentality that rape = sex and rape cannot occur without consent. Rape is not sex and whenever force is used for sex without the other’s consent, it is rape.
3) We should not declare that the victim is at fault
Going back to the definition of rape: “the violation of another person’s autonomy, the use of another person’s body against their wishes.” That means the rapist is always at fault, not the victim.
4) We should not think that marrying the rapist solves the problem
Again, please look at the definition. The crime of being forced to do something against their will can’t suddenly stop being a crime because of marriage.
5) We should not doubt the Victim
Yesterday, Ali Zafar, the Pakistani singer was accused of sexual harassment by another singer. The news broke out in the morning. During the day, as usual there were a bunch of celebrities who came out saying they didn’t know the facts of the case, but Ali could not have done it. Of, course a lot of fans showed their support. Really? Fandom before empathy? And towards the end of the day, we had more women come forward with allegations. Why do people judge the victim or doubt her instead of giving her the benefit of doubt?! Is it because most men find it easy to be in the shoes of the man and not the woman?
6) We should not support Rape Jokes
This angers me more than anything. How can anything about rape by funny? Why do we dismiss it? It is imperative that we do not create, share, like or encourage any jokes that objectify women. It’s not that women can’t handle jokes. But rape jokes are a no-no.
7) We should boycott our misogynist pop culture
We all know how anyone with a conscience feels when we see such stories. These get made because we watch them. And because they get made, we watch them. Why does a smoking scene require a disclaimer and an item number doesn’t!? Maybe because in some movies… the whole time the movie is played we’ll need the disclaimer: ‘Objectifying women is wrong’ !! It’s a vicious cycle. Let’s put an end to this.
8) We should not indulge in Gender stereotyping
Women and men don’t “have” to do anything or be anyone. This is the root of the problem. Men don’t need to be “macho” or “powerful” and women don’t need to be “submissive”.
9) We should teach our children well
We need children to be taught how to behave with women and with other boys when they speak about women. We must teach them the importance of consent. That’s how we ensure a better future.
10) We should not allow our politicians to get away from discharging their responsibilities
We must not allow people in power do any or all of the above. We must hold our politicians accountable for the safety of our women.

What are your thoughts on the rape culture and on the recent situation in our country? Do share your views.